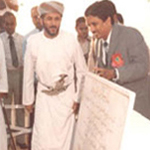 A large number of Indians who were working in Salalah had been compelled to leave their families behind, owing to the fact that there was no means of providing education to their children here. It was a long cherished dream for the Indian expatriate community of Salalah to establish a community school in this city.

Prominent members of the Indian Community took up the initiative; and the dream became a reality when Indian School Salalah opened on 11th July 1981. Many families were re-united and children got the opportunity to grow under the guidance, love and care of both their parents. Thus, besides providing education, the school fulfilled a deeply-felt social and emotional need. Initially, it started functioning under the auspices of the Indian Club in their premises near the Al Hasn Palace. In the first year 1981-82, there were just 74 students and classes from LKG to IV. Later the school was shifted to a rented building in New Salalah for a short period till a part of the present building was constructed. 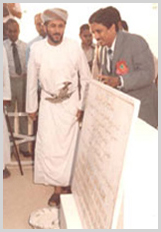 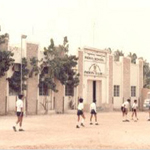 In September 1985, the school shifted from New Salalah location to its present building which at that stage had just 10 classrooms and two other rooms. Later the building was extended in phases and new wings were added to accommodate the increasing number of students and provide better facilities.

On October 31, 1988 a new School Management Committee was constituted by the Embassy of India and the school started functioning under the regulation of the Ministry of Private Education, Government of Oman.

The school has been growing steadily year by year. It sent its first batch of students for the All India Secondary School Examination in the year 1988 and was upgraded to senior secondary level in the year 1992. English, Physics, Chemistry, Mathematics, Computer Science and Biology were taught in Class XI. The first batch of Class XII passed out in May 1994. Later, other subjects like Accountancy, Business Studies, Economics, Informatics Practices, Physical Education and Entrepreneurship, Psychology and Sociology had been introduced in senior secondary classes. 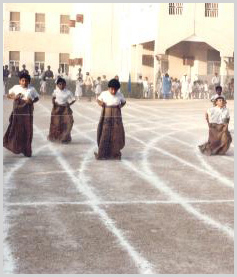 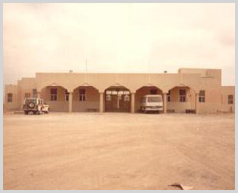 The school is self sufficient in finance. It does not get any aid from any government or other organization. It functions on the fees collected from students. However, for the improvement of the infrastructure, the school organized different fund raising programmes likes car raffles, fun-fair, sponsored run, Holi mela, Bharat Darshan, exhibitions, carnival 2015, publication of souvenir magazines on completion of 10, 25 years and 34 years. More than three decades of promising growth is an exhilarating experience.

During silver jubilee, a silver jubilee celebration committee was constituted in August 2005 under the chairmanship of Mr. A R Nair, the longest serving president of the School Management Committee to celebrate the silver jubilee of the school.

The school celebrated its silver jubilee in style on 8th February 2006.The committee consisted of the present and ex-members of the school management committee and included representatives from the parent community and the school staff. This committee worked tirelessly towards generating funds for the school and helped in the publication of the silver jubilee souvenir magazine. 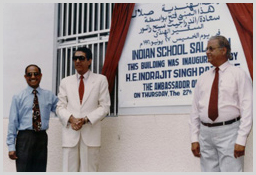 His Excellency, Sheikh Mohammed Bin Ali Al Qatabi, Minister of State and Governor of Dhofar presided over the function as the chief guest and His Excellency, Mr. Ashok Kumar Attri, Ambassador of India to Oman graced the occasion as the guest of honour. They jointly released the school silver jubilee souvenir magazine.

The School management in the past had created infrastructural support to cater to the growing number of students year after year. Being a community organization, the management has its own challenges in mobilizing such infrastructural support. Moving forward, the school decided to organize a carnival to generate some fund. The carnival committee worked tirelessly towards generating a good fund. On 23rd January 2015, carnival was celebrated and the school witnessed an evening of fun and frolic, jubilance and joyousness, as Indian School Salalah submerged in an ambience of festivity and fun ,witnessing the long awaited event of its kind in the annals of Indian School Salalah, the CARNIVAL 2015.

Today the school has an excellent infrastructure and state of art facilities. Besides a lush green playground, the school has very spacious and well equipped Physics, Chemistry, Biology and four Computer Science laboratories, Junior Science and Maths laboratories, an Audio Visual Aids room, a fully computerized library, a multi purpose hall as well as an imposing stage overlooking the playground. Besides these, KG block has a newly built sunshade and stage. Also ISS has gone hi-tech with Smart Boards.

At present the school has around 4550 students on its rolls. It has classes from LKG to XII and these classes run into several sections the total of which is 117. There are 173 teachers, 17 non-teaching staff and 42 Omani staff members serving the institution.  Dr. Syed Ahsan Jamil is the Acting President of the eleven- member School Management Committee. The School Principal, Mr. Deepak Patankar, is the member secretary of the committee.

The school management, administration, teaching and non-teaching will continue striving hard with utmost sincerity and dedication to take the school to further heights.