FINALS OF CBSE OMAN FOOTBALL CLUSTER AT IS SALALAH: U-19 IS MULADHA WINNERS AND U-17 IS MUSCAT WINNERS 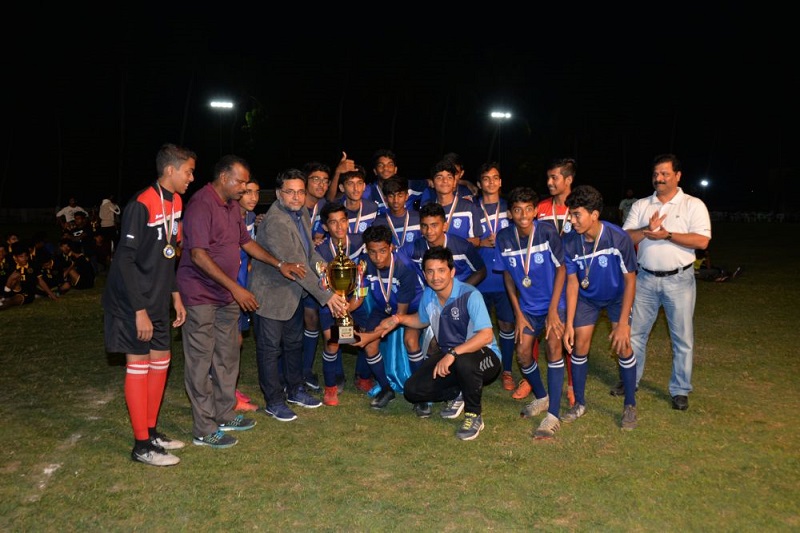 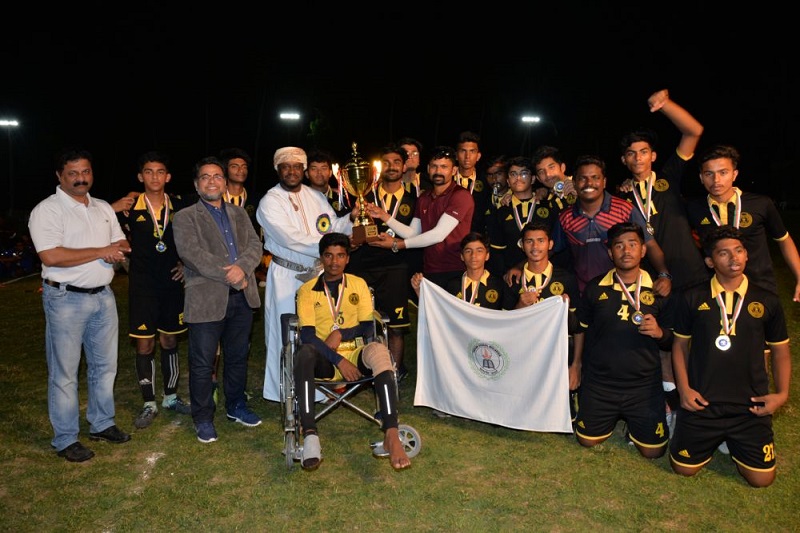 In the recently held Oman CBSE Cluster Football Tournament hosted by Indian School Salalah at their venue, (25th &26th October) Indian School Muladha  defeated  Indian School Darsait   5: 3 (tie breaker)  to bag the coveted trophy at the CBSE cluster boys’ football tournament 2019-20 in the under 19 category , while  in the under 17 category,  Indian school Muscat beat Indian school Wadi Kabir  for  5 :3  in a tie-break  penalty shoot to grab the title.

The CBSE cluster football tournament was kicked off on Friday morning, the  25th October. There were 14 teams in the fray, eight in the  U-17 and six in the  U-19, from  nine CBSE affiliated schools in Oman . Each one of them was in a frenzy to prove better than the opponent.

Although, Saturday morning was  a setback for a few teams , yet  it was a moment for jubilation for  others. The heat in the field was more than the atmospheric heat due to the intensity of the competition.  The first  U-19 semifinal was played between the host school and Indian School Darsait. Though the defending champion,  Indian School Salalah  fought neck and neck, they had to concede defeat in the tiebreak-sudden death.  In another hard-fought match in the same category,  Indian School Muladha  defeated  Indian School Wadi Kabir  to march to the finals.

The finals of U- 17 and U-19 matches that were played in the evening gave some hair raising moments to the spectators. In the U-17 category, the first goal was scored within 10 minutes (penalty) by Indian School Wadi Kabir. Nevertheless, Indian school Muscat, with their aesthetic ball control, managed to level the score by netting the ball in the second half into the opponent’s goal-post (penalty). Finally,  Indian school Muscat beat Indian school Wadi Kabir  in a tie-break  to grab the title(score 5:3).

The U-19 match witnessed beautiful maneuver of the ball by both teams.  In the first half of the match, Indian School Muladha took the lead by 1:0 But in the second half, Indian School Darsait shot the crucial goal to  balance the score, paving way for yet another tie-break penalty shot, in which Indian School Muladha was  victorious. The highlight of their victory was the stupendous saves of their goal keeper.

The final results of the tournament at a glance : ( Under 17 years age group)

The Chief Guest of the day’s function, Dr. Mansour Sultan Al Touqi, General Manager, Sultan Qaboos Youth Complex for Culture and Recreation( Salalah), expressed his pleasant surprise to see the Indian School boys playing football beyond his expectations. He urged the students to continue playing football, for it ensures physical, mental and moral fitness of a person. He further added that it helps the player to develop leadership abilities and decision making process. He appreciated the school management for giving adequate  importance to  both academics and outdoor games. He has promised access for the expat schools to the Sultan Qaboos Youth Complex for Culture and Recreation in the near future.

The Cluster Tournament report was presented by the HOD of the Depatment of Physical Education, Mr. Ishwar Deshmukh and vote of thanks was proposed by Mr. Farhan Waheed of the same department. English Department supervised the compering, commentary and press release.

How to prevent spreading of viral diseases